If all you are expecting from Austria is imperial Vienna, House of Music, and après-ski, the country will take you by surprise. You may end up wearing Lederhosen or Dirndl in a local festival or drinking – a bit too much- new-vintage wine in a Heurigen. And no matter how you travel, the journey will be an experience on its own!

So, get ready to hike amid spectacular alpine lakes, waterfalls, and glaciers, and soak in the serenity of sleepy mountain villages and huts. To travel by bike along the vine-bearing, ruin-encrusted hills of the most picturesque stretch of the Danube, known as the Wachau. Or to embark on a road trip to the lakes wonderland of Salzkammergut and the Grossglockner Hochalpenstrasse, Austria´s most scenic mountain route. 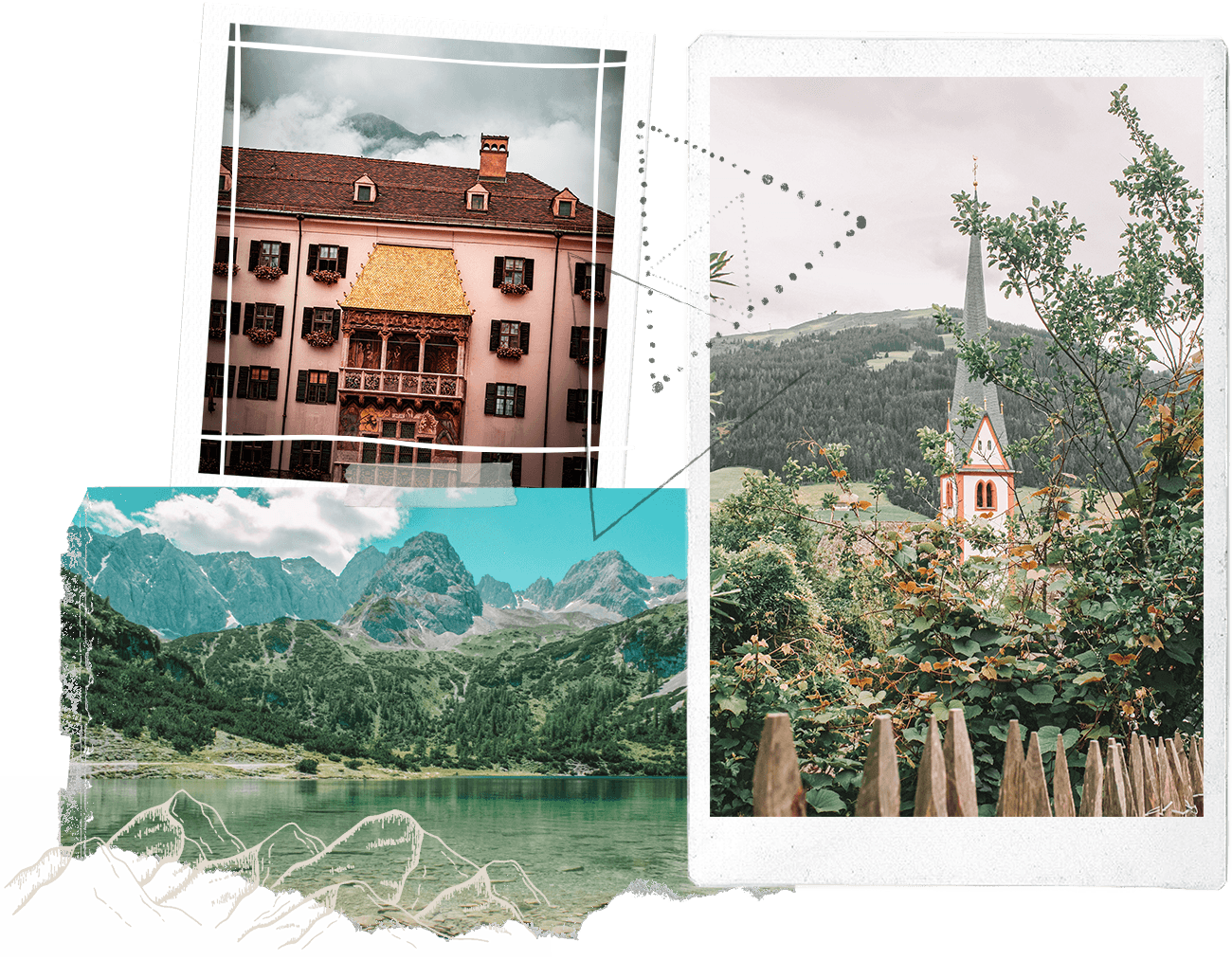 The imposing Hohe Tauern National Park, overshadowed by the 3798m hump of Grossglockner, features scenic hiking trails, ski slopes, and the spectacular Pasterze Glacier. Base yourself on the chocolate-box alpine village of Heiligenblut , and drive or journey by bus along the 48km Grossglockner High Alpine Road, a 48km toll road, regarded as one of the Europe’s most beautiful mountain routes. Set against the majestic backdrop of the snow-covered Alps and traversed by the soothing Inn river Tyrol’s capital is a sight to behold. Stroll the lanes of the historic Old Town (Altstadt), admire the Goldenes Dachl, Innsbruck’s most distinctive landmark, and visit the Tirol Panorama or the Landesmuseum. Then whizz up into the Alps inside Zaha Hadid’s futuristic Nordkette funicular and enjoy the views from the 2,300m-high Hafelekar peak. Quaint villages, steep mountain ranges, and 77 lakes (See) beg for exploration in Austria’s Lake District. The most spectacular of them is Hallstätter See, lying at the foot of the mighty Dachstein Massif and the world-famous Hallstatt. Take a leisurely stroll in its old town, check out the nearby Salt Mines, or take the cable car to the Dachstein Caves and the breathtaking 5Fingers viewing platform. At the bottom of the tranquil valley Alpbachtal, there is a picturesque village that ticks all the boxes of a rural Tyrolean hamlet: exceptional mountain scenery, farmhouses dotting the slopes, for there are more than one hundred working farms, traditional wooden chalets, and balconies brimming with colourful flowers.
A popular hiking area in summer and an intermediate’s skiing paradise in winter, Alpbach begs for exploration. Located in the majestic Zugspitze Region, Seebensee and Drachensee are two of the most beautiful alpine lakes in Tirol, Austria. And with crystal clear waters and the sublime Zugspitze as a background, it is no wonder why!

The 8km hike to Seebensee start from the rustic town of Ehrwald and is ideal for families and those looking for a gentle walk in a stunning mountain landscape. From Seebensee, a challenging 250 vertical meters climb takes you to Drachensee and its idyllic mountain hut. Granted UNESCO World Heritage status for its harmonious blend of natural and cultural beauty, the Wachau is dominated by wine-producing villages, forested slopes, formidable fortresses, and imposing castles at nearly every bend.
From Krems, the atmospheric medieval town at Danube’s eastern end, the river cuts its way through steep, vine-clad hills, emerging some 40km later at Melk, whose cliff-top monastery is probably the most spectacularly sited abbey in all Austria. Considered by many to be the most beautiful gorge in the Alps, the Wolfsklamm is a natural wonder right in the heart of the Karwendel Silver Region. Hiking through the gorge, you will walk on wooden boardwalks, cross timber bridges, and climb 354 steps, admiring the wild rushing falls, ponds, and rapids that Stallenbach Creek has carved. Other highlights include a pilgrimage church on the remnants of a former hermitage and an enchanting forest chapel. 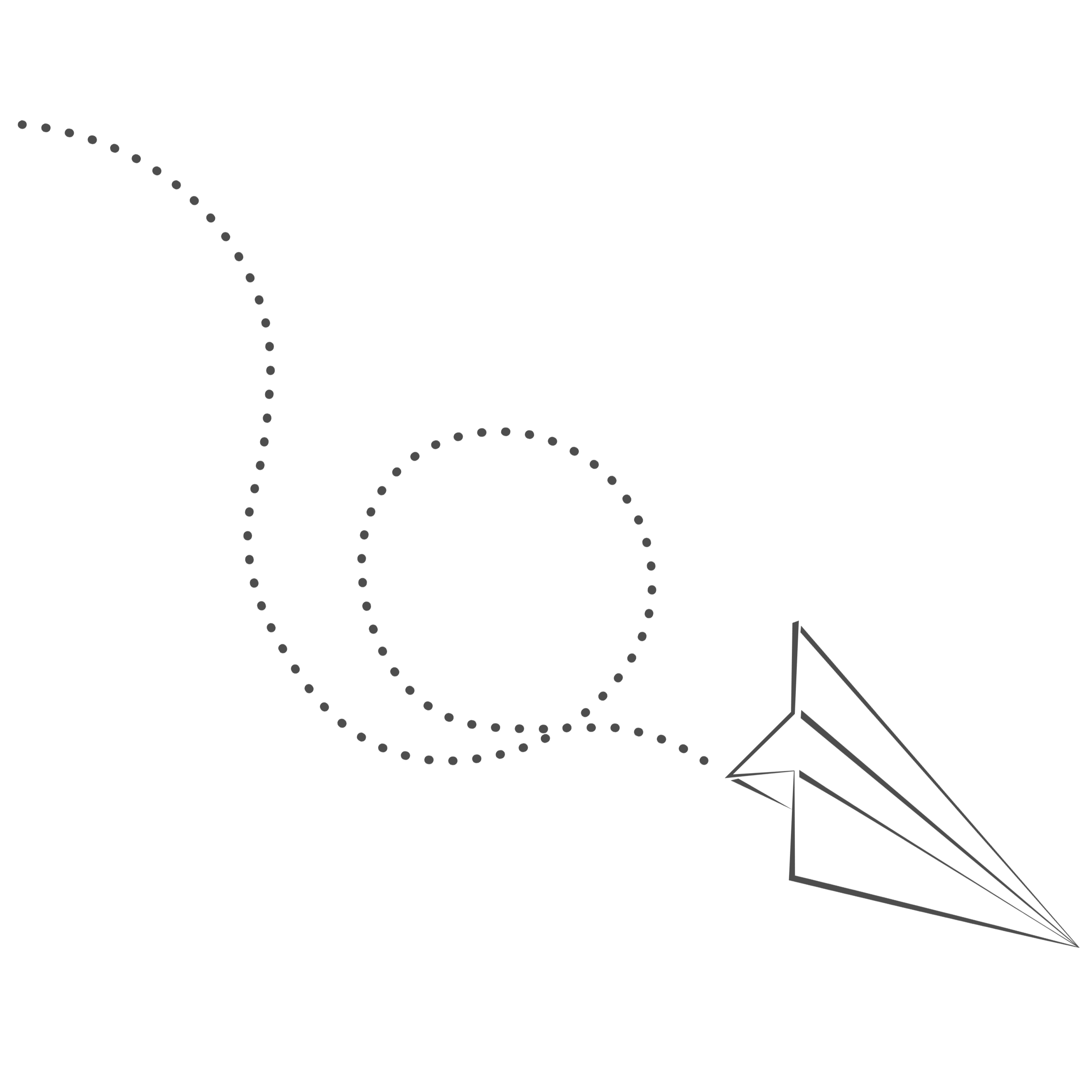 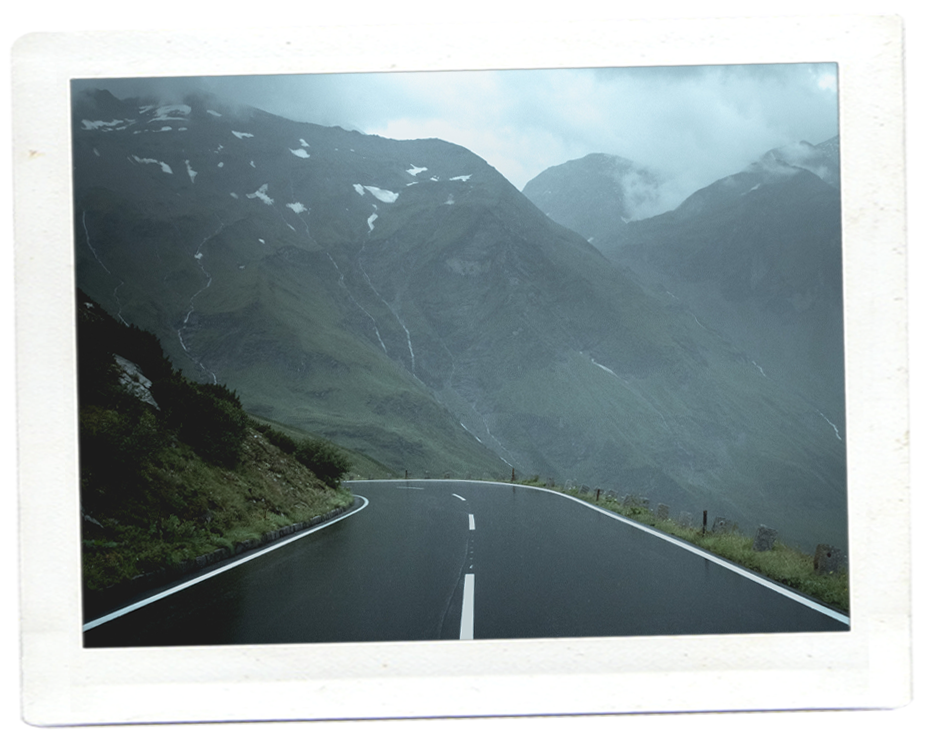 By Bus: The ÖBB-owned Postbus serves out-of-the-way alpine villages and night services, filling most of the gaps left by the rail network. Tickets can be bought online, at the ticket machines, or directly from the bus driver, usually for an extra fee.

By Train: ÖBB, the national railway system of Austria, runs a punctual rail network that includes most towns, as well as an easy-to-use App for booking. Trains marked “EC”, “IC(E)”, and “EN” are the fastest and more expensive ones. The local and regional trains (“R” and“REX”), on the other hand, may be slower, but they are a bargain if you opt for the Einfach-Raus-Ticket. There are also daily, weekly and monthly tickets for any number of trips throughout a specific region.

By Car: Impeccably maintained roads and an extensive system of motorways (Autobahnen) linking all main cities make travelling by car pretty straightforward. If you intend to drive onto the motorways, however, you need a vignette, which can be bought either online or from the petrol stations found at border posts when entering the country.

By Bike: With cycling lanes in all major towns, designated cycle routes out in the countryside, and bike-rental outlets, Austria is as bicycle-friendly as it gets! 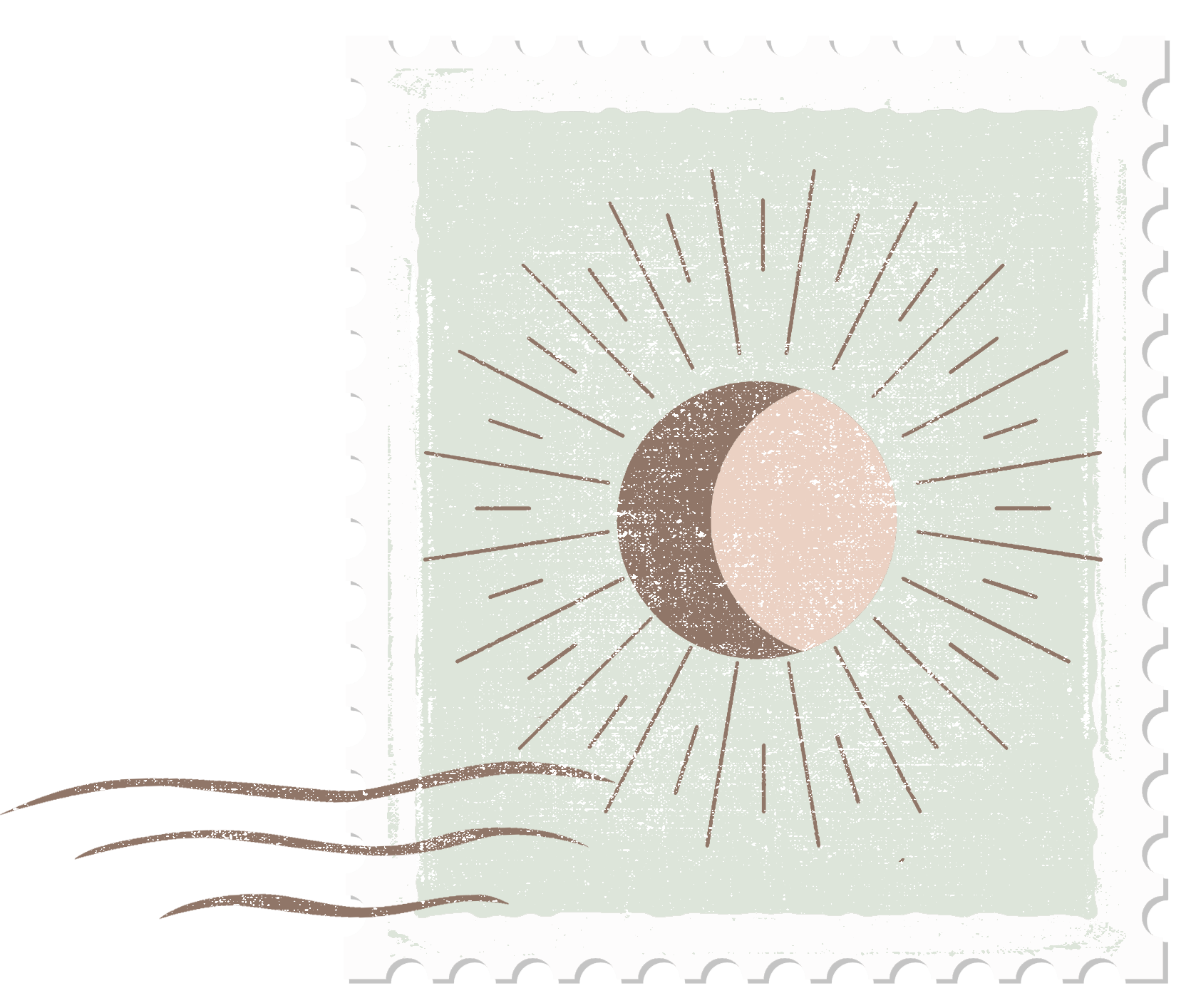 When to Visit Austria

Undoubtedly, Austria is gorgeous all year round. But deciding on when to visit the country depends on the activities you are aiming for.

From December to April, winter sports enthusiasts, whether experts or beginners, will find a slope with their name on it. Hikers, on the other hand, would love to visit from July to September, when they will get incredible weather and open mountain huts (Hütte). During September, in particular, there are also grape harvest festivals, held in the wine-producing areas, and the colourful Almabtrieb festivals that take place in the Alpine regions.

If you want to visit the urban centres, these act as year-round destinations but for more pleasant weather and open museums, opt for the spring months. And if you haven’t visited the Christmas Markets before, this is reason enough to visit Austria from late November to late December, when it transforms into a winter wonderland! 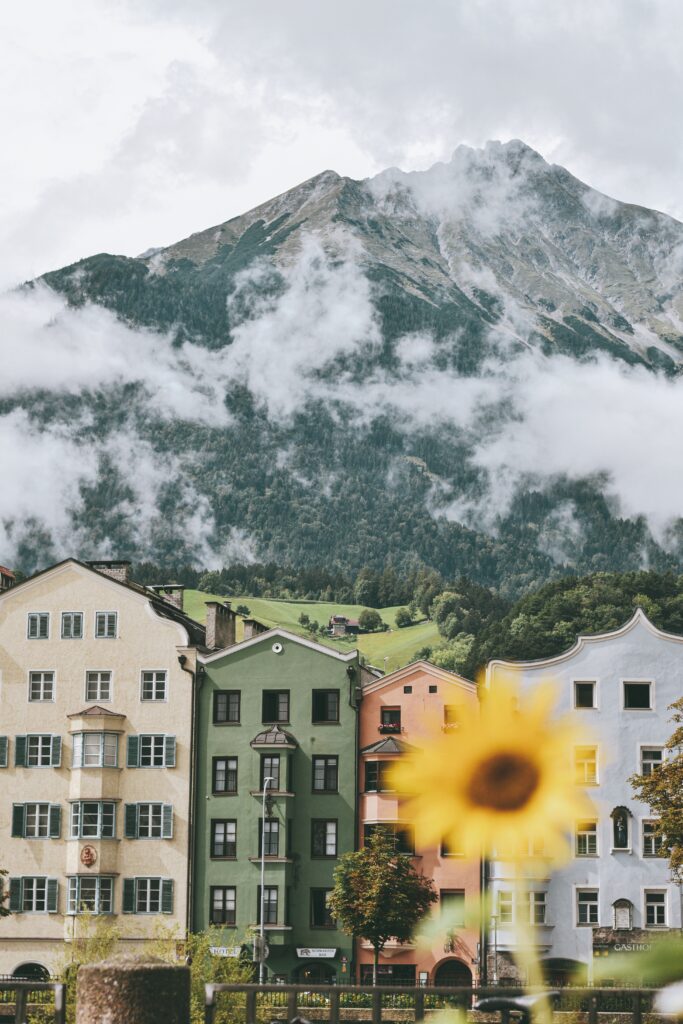 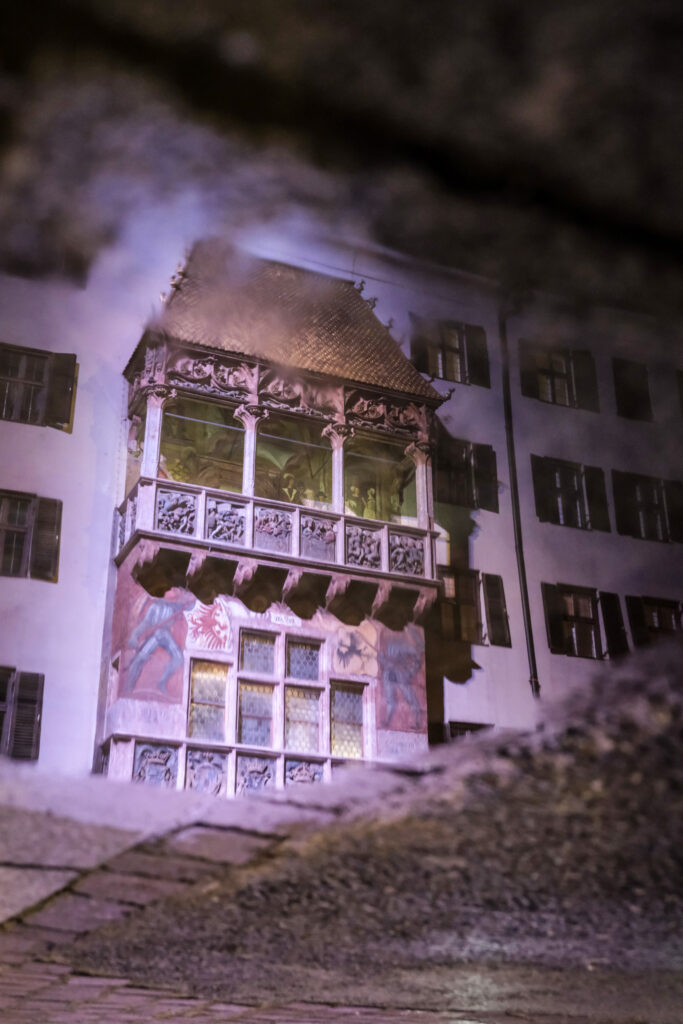 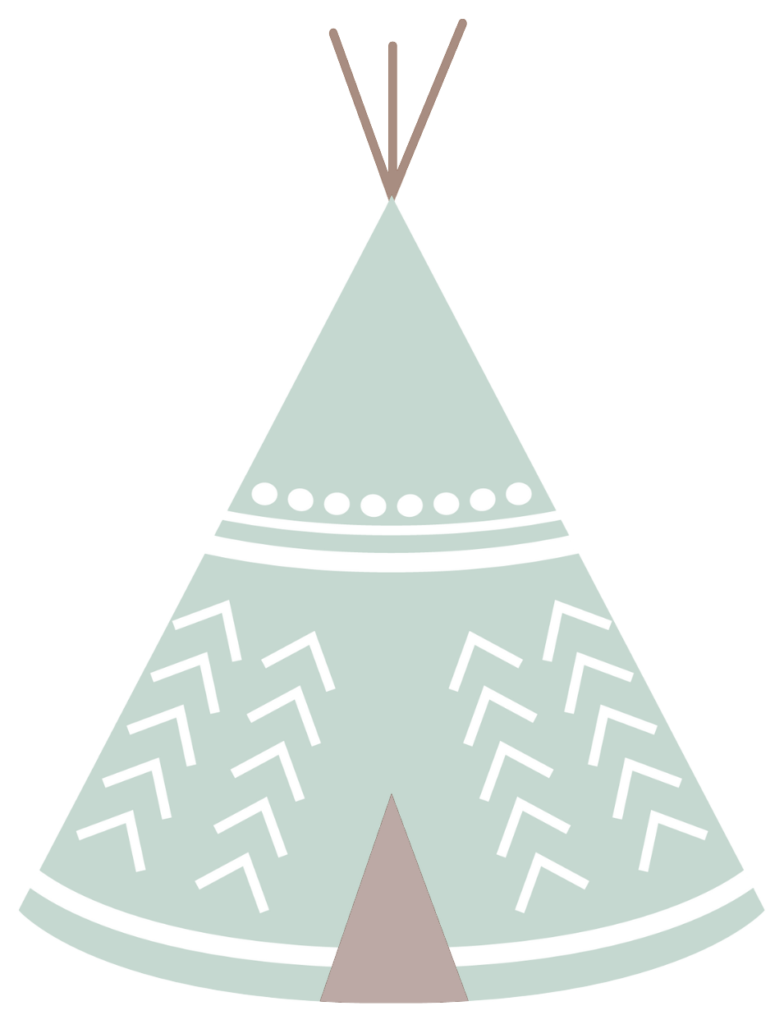 Currency & ATMs: Since Austria is a member of the European Monetary Union (EMU), its official currency is the Euro (EUR, €). Raiffeisen, Sparkasse, BAWAG and Bank Austria are among the most well-known banks, charging non-customers around 6€ for ATM withdrawals.

Safety: Austria is permanently ranked among the safest countries in Europe, and almost all problems encountered by tourists are to do with petty crime. On high-alpine routes, take extra precautions as avalanches and rockfalls constitute serious dangers.

Internet: As a rule of thumb, Europeans can roam at domestic prices when travelling in Austria. Prepaid sim cards (Wertkarte) are available from Drei 3, Magenta, and A1. 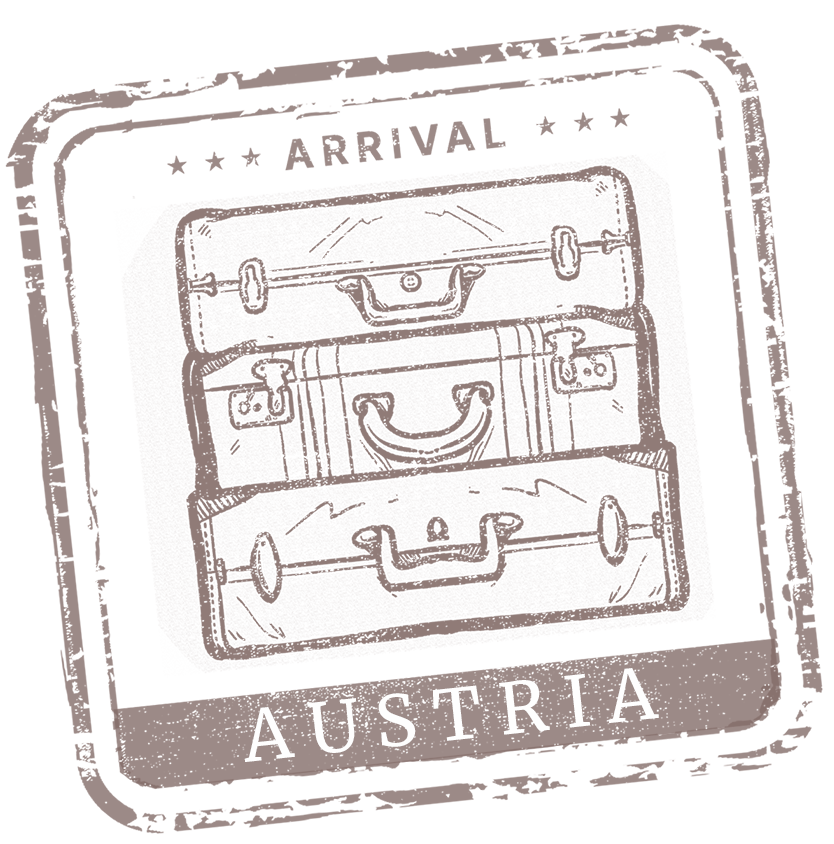 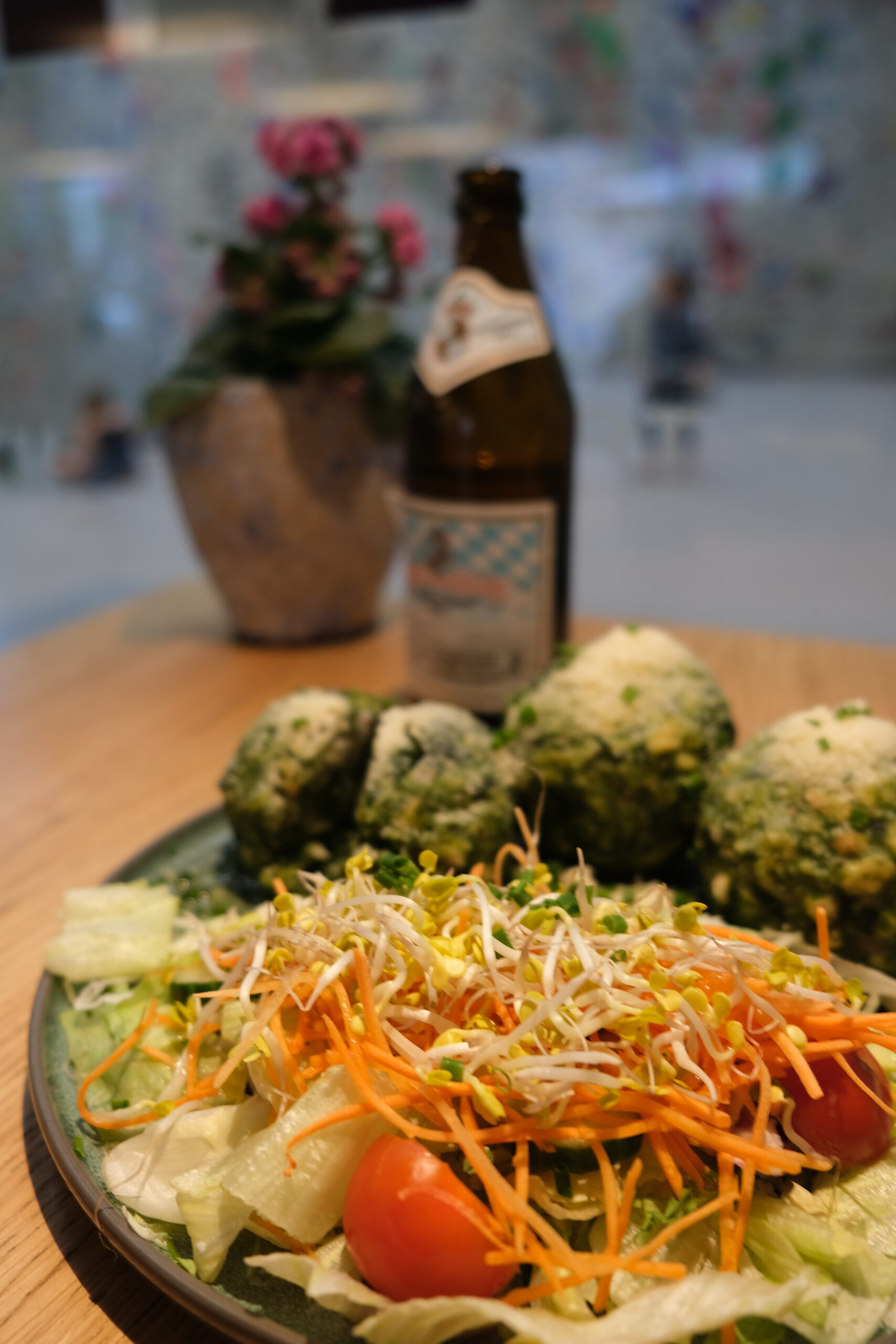 Starters: The most common starters are soups, such as Kasperknödelsuppe, a cheese dumpling soup, and Frittatensuppe, a clear soup containing small strips of pancake.

Main dishes: Apart from the omnipresent Wiener Schnitzel, Tafelspitz is another quintessentially Viennese dish of boiled beef, potatoes, and horseradish sauce. Regional dishes that reflect the local rustic cuisine include the hearty Tiroler Gröstl, (made of grated onion, meat, and potato roasted in a pan and served with an egg on top), as well as the vegetarian-friendly Spinatknöddel (spinach dumplings) and Käsespätzle (homemade pasta noodles with alpine cheese).

Desserts: If you have a sweet tooth you should definitely try the apricot dumplings known as Marillenknödel, and Kaiserschmarrn, which are fluffy pancakes, shredded and served with apple or plum sauce – and my absolute favourite.

Do your drinking in a Heurigen (wine tavern) and toast by saying “Prost” or “zum Wohl”!

How much to Budget for Austria

In a place where hiking, cycling and skiing are not just sports but a way of life, outdoor activities are plenty and free. Unless, of course, you wanna take the lifts! In that case, a lift pass can set you back anywhere from 20€ to 60€.
If you are more into exploring Austria’s fascinating cities, expect to pay around 7-12€ for most museums and 18-22€ for attractions such as the Kunsthistorisches Museum and the Belvedere and Schönbrunn palaces. 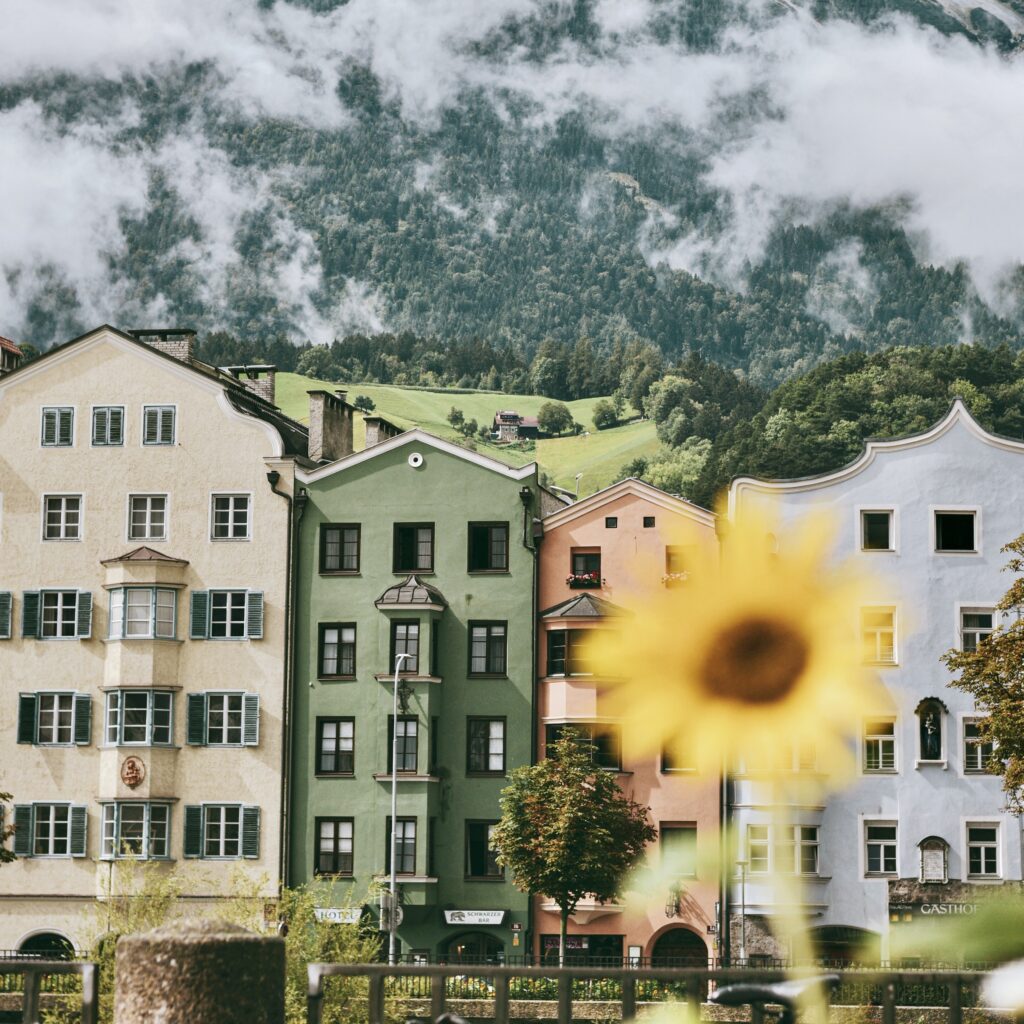 10 Best Places to Visit in Austria

Innsbruck Since we’ve been calling Innsbruck home for years, we couldn’t help but put it at the top of our list. But not without a 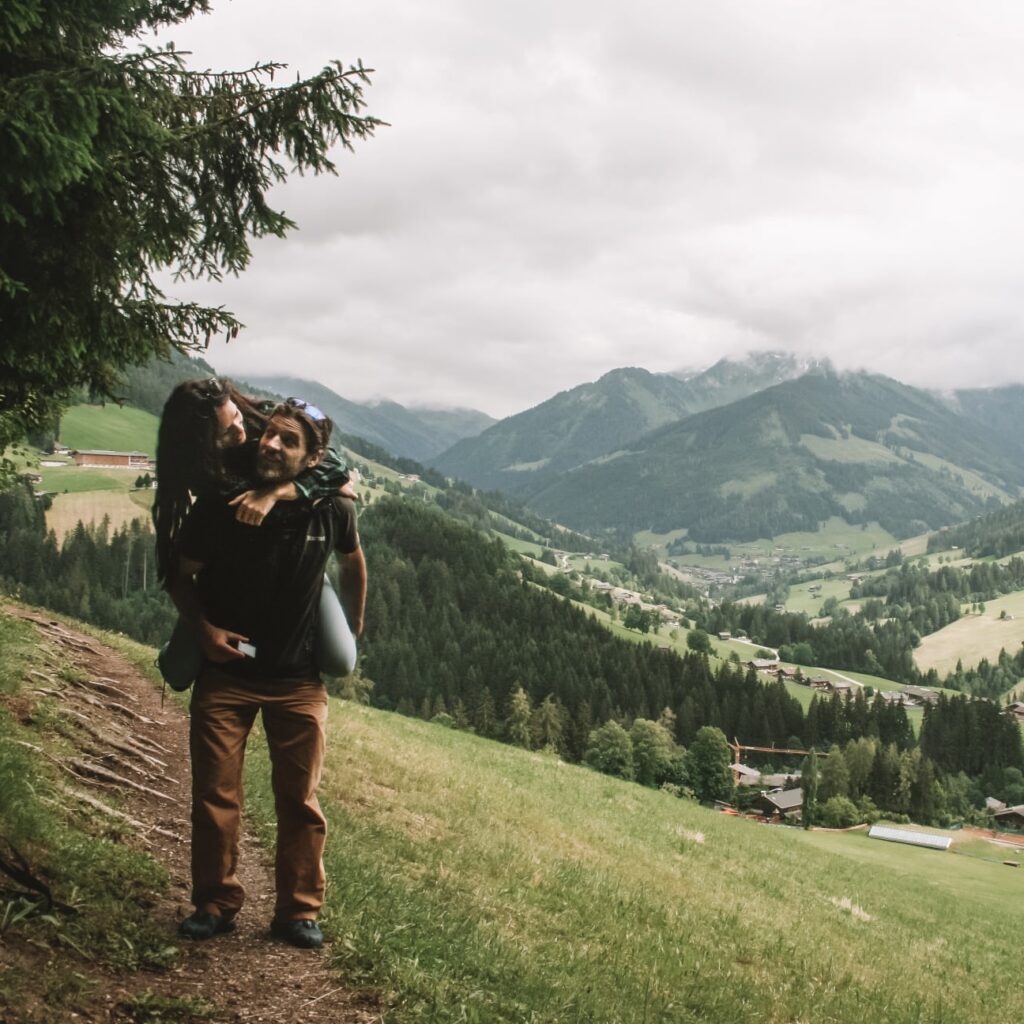 At the bottom of the tranquil valley Alpbachtal, there is a picturesque village that ticks all the boxes of a rural Tyrolean hamlet: exceptional mountain scenery, farmhouses dotting the slopes, for there are more than one hundred working farms, traditional wooden chalets, and balconies brimming with colourful flowers. 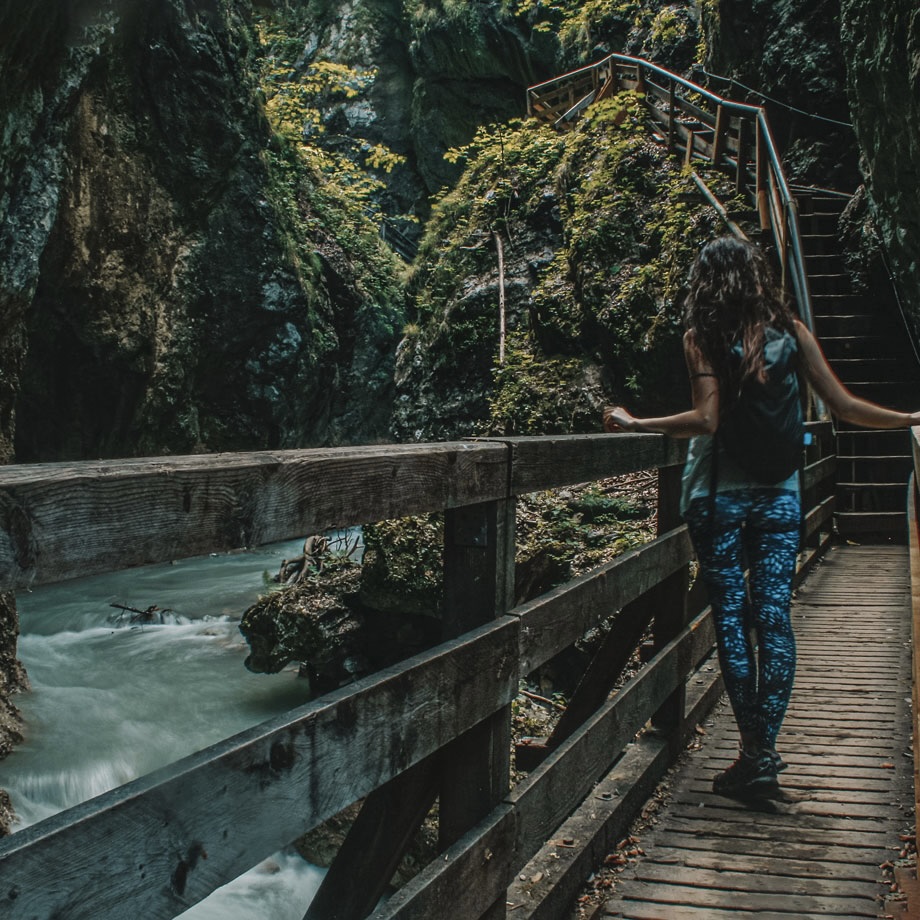 Visiting the Wolfsklamm Gorge in Austria

Considered by many to be the most beautiful gorge in the Alps, the Wolfsklamm is a natural wonder right in the heart of the Karwendel 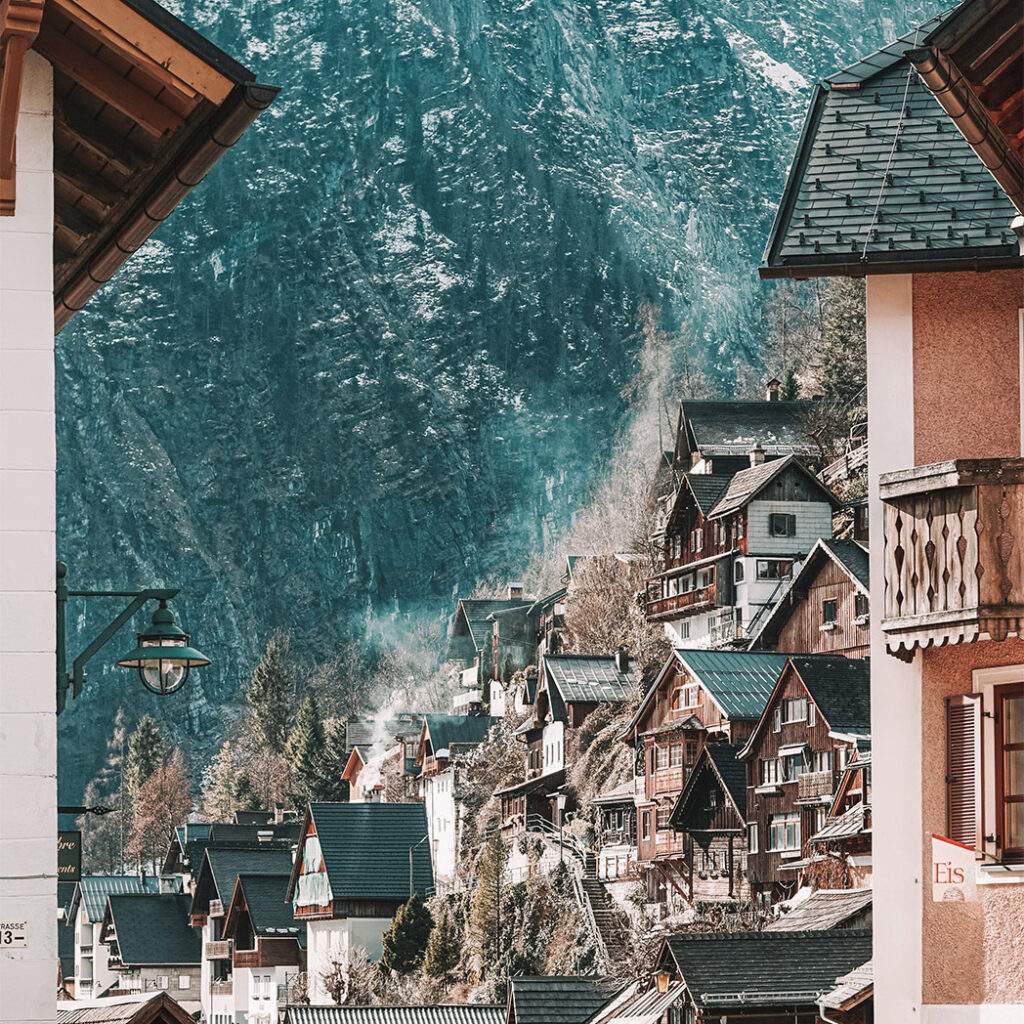 The Ultimate Guide to Hallstatt

… When to visit Hallstatt Hallstatt is charming all year round, whether it is covered with a fresh blanket of snow, bursting with autumn colors, Located in the majestic Zugspitze Region, Seebensee and Drachensee are two of the most beautiful alpine lakes in Tirol, Austria. And with crystal clear waters